The Gospel of Saint John is very unique in that it does not rely on a primary source.  It varies greatly from the synoptics who relied heavily on Mark’s Gospel.  However, John is unique and mentions many events that do not appear in the synoptics.  The style of the Gospel is simple yet carries great theological depth.  This is of course no accident, and the John knew exactly what he was doing with his precise arrangements and wording.

The Gospel starts with a prologue that “encapsulates John’s view of Christ” (Brown, page 337).  John 1:1 quickly establishes the author’s intent.  John 1:1 states “In the beginning was the Word, and the Word was with God, and the Word was God.”  This parallels Genesis 1:1 and establishes that Christ existed from the beginning of time.  In fact the next few verses of the text go into that in more detail.  The prologue goes to great detail to unveil the divinity of Christ.  David Black states “John’s Gospel begins with a prologue that declares the preexistence and incarnation of Jesus as the word of God” (Black, page 159).

As previously the poetic undertones of the Gospel, especially the prologue, paint vivid images in the mind of the reader.  This would have been especially true in the mind of a Jewish reader.  One versed in the great details of the Old Testament would not miss the parallels that John was presenting.  According to Brown “This poetic description of the decent of the Word into the world and the eventual return of the Son to the Father’s side (1:18) lies in the Old Testament picture of personified Wisdom (especially Sirach 24 and Wisdom 9)” (Brown, page 338).

This very important introduction to the Gospel is interrupted two times by the insertion of John the Baptist.  He is mentioned as the one who will come before Jesus.  The ministry of John the Baptist was related to Christ’s in that He was preparing the way.  He was getting the people ready.  His testimony of Jesus is given just eight verses later and sets the tone for the rest of the Gospel. 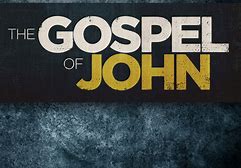