The Cathars are another famous sect in history that denied the real presence of Christ in the Eucharist.  The Cathars were dualists as they believed in One god who was evil, and another that was good.  The movement was essentially a revived type of Gnosticism as physical matter was also deemed evil (Lecture Note).  They denied that Jesus ever had a human body, and as result they would deny that the Eucharist was the body and blood of Christ.  They denied all sacraments because of the physical properties contained within them. The Cathars thrived in Southern France between the 12th and 14th centuries.

The church had to respond swiftly as Catharism was a growing movement.  The church used Aristotelian terms such as “substance” and “accidents” to describe the Eucharist.  The distinction between ‘substance’ and ‘accident’ gave the Church language to describe its belief that what looked like bread and wine were, in fact, the Body and Blood of Christ.  This language brought forth a term that we use still today.  The term “transubstantiation” was used against the Cathars at the fourth Lateran Council in 1215.

It was at this council that the teaching of the Cathars was formally condemned.  The terminology that was developed during the controversy with the Cathars changed the landscape of Catholic theology.  Transubstantiation may have been a new term to describe the miracle that happens on the altar, but it was by no means a new idea.  Transubstantiation was the term coined at the council, but not when the teaching started being taught.  The church has always taught that the Eucharist was the body and blood of the Lord.  Transubstantiation just gives the term to describe how it can be the body and blood of the lord and still look like bread and wine. 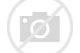