When someone hears the term missions most of the times overseas adventures to an unknown people may develop in their minds.  Though this is part of it, there is much more to missions.  Missions is a way of life and the engaged believer seeks to take the Gospel across cultural barriers[1].  According to the Holman Concise Bible Dictionary missions is defined as, “Task on which God sends a person He has called, particularly a mission to introduce another group of people to the salvation of Christ[2].”  There is plenty of scriptural evidence to support engaging in missions and two from the Old and New Testaments will serve as our foundation.

Isaiah 6:8 states, “Then I heard the voice of the Lord saying ‘Whom shall I send?  And who will go for us?’  And I said, ‘Here am I.  Send me![3]” In this passage the Lord is calling Isaiah to be His messenger among the people.  In other words the Lord is sending Isaiah into the mission field to talk about God to the people.  In this case it is the Jews who will be ministered to and Isaiah will help prepare their hearts for the coming of the Messiah.

Jonah 1:1-2 states, “The word of the Lord came to Jonah, son of Amittai:  Set out for the great city of Nineveh, and preach against it; for their wickedness has come before me[4].”  In this passage we see the Lord calling someone to go preach the word of God to a gentile people.  The Lord is showing His concern for all of His creation just not the nation of Israel.  Since Old Testament times God has used believers to be His messengers, and He empowers them to preach His word.

In the New Testament there is no shortage of passages relating to missions but two will be briefly discussed.  Mark 16:15 states, “And He said to them, ‘Go into all the world and proclaim the Gospel to the whole creation[5].”  This parallels Matthew’s version of the Great Commission and we are told to go to the whole world to proclaim the Gospel.  We must be ready when the opportunity arises, and we should be seeking those opportunities daily.  The mission field is in our neighborhoods as well as other countries.  It was the final command of Christ before He ascended to Heaven.  It is very important to Him so it should be with us since we are His children.

Another verse which discusses missions in Romans 3:29 which states, “Is he the God of the Jews only?  Is he not also of the Gentiles?  Yes of the gentiles also[6].”  In this verse we see the Apostle to the gentiles, Paul, saying that God is for everyone and everyone must hear the message.  The King James Version Biblical Commentary states, “Paul is a bridge before both the Jew and the Gentile.  But his message has made both one in Christ[7]

How Does the Nature of God Relate to Mission?

The nature of God is such that He wants what is best for us.  Wayne Grudem states, “God is also personal, and He relates to us personally and counts us valuable[8].”  We were created to live in community with our creator, and that means living in community with others.  There are millions of people who have never heard the Gospel, and the Lord wants them to come home just as any parent would.  Our God is a loving God who wishes for none to perish but He wants everyone to come to Him.  His mercy extends to everyone, not just a select few.

As adopted sons and daughters of God this nature transfers to us in a way.  We should wish to see all come to the knowledge of Christ.  We look out into the world and see others who are lost it should make us hurt a little, just like it makes God hurt.  Moreau states it well when he says, “There is a purpose for the Christian’s position:  to proclaim the excellencies of God[9].”  God wants all to be saved because He loves all of his creation, and he uses his children to help spread the message of love and forgiveness.

Mission Theology in Relation to the Trinity and Ecclesiology

The Trinity is deeply involved in Missions as everything flows from it.  The Father appeared to Abraham to tell Him to leave the land and Abraham obeyed.  The Father sent himself to give the message that would ultimately bring about our salvation.  However it is vital to remember that the Trinity is One God in three persons and all three Persons act as a single principle because the divine substance is not divided.

In the person of Jesus we have the Son of God who came to be the ultimate sacrifice for all of mankind.  Mark 10:35 states, “For even the Son of Man came not to be served but to serve and give his life as a ransom for many[10].”  This love story is about the Son of God who chose to come to Earth and stripped himself of what he rightly was owed.  He was owed reverence, honor, and Glory but got humiliation, slander, and death.  It was by his death that the Christian mission was enabled[11].

He laid the groundwork for what we were supposed to do.  He gave us the Great Commission and ordered us to take the Gospel throughout the world.  He even said that we will be persecuted, and in some cases, put to death.  Christ came because He wants all to be saved and accept what he did for them.  When he ascended after the resurrection He did not leave us alone, but gave us the Holy Spirit.

The Holy Spirit is crucial in missions.  It is by the Holy Spirit that people are convicted of sin and the church is empowered to carry on.  He guides the church in truth, he motivates and guides believers in speaking the Good News, and gives them the words.

Without the Holy Spirit it would have been impossible for the church to grow as fast as it did in the book of Acts.  Peter preached and the Spirit convicted the people of their sin, and many came into the church.  If we are at a loss for what to pray the Spirit intercedes for us, and gives us words to say if we need to defend our faith.  Leonard Foley writes, “The apostles, and after them all who will, are re-created as new beings, children of God through the Holy Spirit[12].”

As we can see the Trinity is the foundation for all mission work.  So how does that relate to ecclesiology, or the theology of the Church? The church is the people of God, and have been given the mission to fulfill the commands of Christ.  The goal of the church should be the same of that of Christ.  To seek and save that which was lost and the Great Commission.  The church is an assembly of people whose goal is the furtherance of God’s kingdom, and that can only be done through missions.

Two Key Motifs:  The Kingdom of God and the Church

The Kingdom Of God is the foundation of missions.  The goal of missions is to enlarge the kingdom by spreading the Gospel.  As such the kingdom is also the “seat of operations and the goal for which Christians strive[13].”  It may seem paradoxal at times because the church is led by servants, is in the world but not of it, is free but demands everything we have, and it is here but coming in the future[14].

In missions we have the opportunity to show the Kingdom of God to others by showing God’s love.  We have a unique opportunity to be the representatives of God’s love on a daily basis.  It is a great thought to think that this is God’s kingdom, but He gives us a part to play in it.  This love can be shown in many different ways, and sometimes represents itself in the planting of new churches.  Even if we refuse the call to minister the church will go on because it is God’s plan.

The next motif to be discussed is that of the church.  The two are related because the Kingdom of God ultimately spawned the church.  The church the body of believers that are still alive and those who are in Heaven.  The church is wherever Christians gather because it is a community.  It the past it was thought that that missions was the sole responsibility of the church, but this has changed over the years.  Moreau states, “Although God indeed works through the church, he also works where the church does not yet exist[15].”  This is important because the mission is not confined to the church.  It can consist of everyday people doing mission work, such as evangelizing and discipling, outside of the confines of the church.

Mission theology affects is a crucial part of what the church does and should be a key component in the lives of all Christians.  Charles Spurgeon once said, “Every Christian is a missionary or an imposter[16].”  The missionary is on the front line and taking the Gospel across cultural barriers.  They may take it to Africa, the Amazon, or to downtown Los Angeles.  Either way they have the call on their lives to leave friends and family and show the love of God those who need it most.  The goal is to save the people from a certain fate if they never accept Christ.  They are fulfilling the Great Commission on a daily basis, planting churches, and helping develop other missionaries.

The effects on the church leader are similar, but the leader has the responsibility to instill the love of missions into his congregation.  Without missions the church will slowly wither away into a shell of its former self.  Membership will drop, but worst yet the commands of Christ are not being followed.  To ignore missions is to grant a death sentence as someone’s eternal destiny is at stake.  As church leaders, we should be planning mission trips, sponsoring missionaries, and fundraising to help develop a love for this important part of the church. 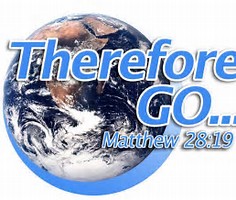 One thought on “Theology of Missions”