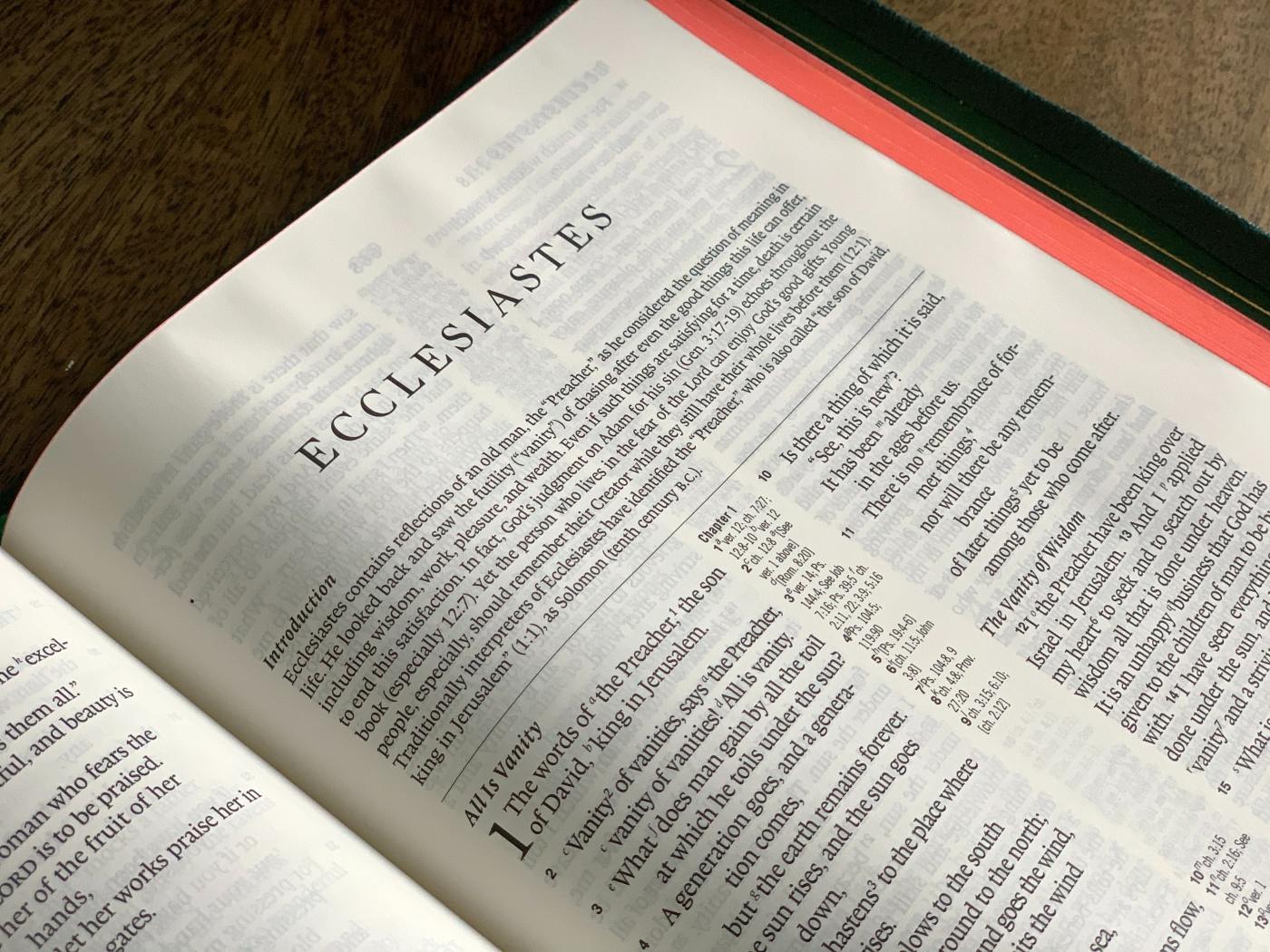 When one reads the words of Qohelet (please note that Qohelet and Ecclesiastes are referring to the same work) the skepticism that is experienced is real.  On the surface it seems much different that other books of the Old Testament.  Perhaps new ideas were emerging regarding a postmortem judgment during the postexilic period.  When the texts regarding death are examined we see much of the frustrations that are prevalent in our own lives.

The first passage, which is troubling to many, is Ecclesiastes 3:19-20.  It reads,

Death Of Man And Beast

At first glance this passage is difficult and even hopeless. After all it says that the fate of man and beast is the same and all end up as dust in the end.  This appears to go contrary to what we normally hear as Christians.  After all we are told about an afterlife in Heaven and how man is the pinnacle of creation.  There is no mention of the rising of this dust or even a final resting place[1].  Looking into the New Testament and the ministry of our Lord we see two camps.  The Pharisees who believed in the resurrection, and the Sadducees that did not.  The Sadducees also did not acknowledge anything as scripture other than the Pentateuch.

There is no doubt that this passage in Qohelet is difficult.  However, breaking it down is helpful in understanding.  First and foremost, Qohelet is not saying that man and beast are the same.  Man is the pinnacle of creation and remains as such, but death is a certainty that applies to every living thing[2].  The passage goes on to say that man and beast end up in the same place.  Man is not like an animal that does not have an immortal soul, but both have a common mortality[3].  In other words, it is the cycle of life as both man and beast live and likewise, they die[4].  Qohelet calls this a time to live and time to die.

An important distinction between man and beast could easily be overlooked as both are described as going back to dust.  This brings to mind the creation account in the book of Genesis.  Man and beast have been created from the dust of the Earth.  There is an appointed time for each to die and return back to the Earth[5].

Ecclesiastes 3:19-20 is considered one of the “dark passages of scripture”, but context is missing.  To get the full context it is best to look at Ecclesiastes 3:16-22.  Verse 16 discusses a placed of justice and how even in the midst of justice there is wickedness.  The word for justice in verse sixteen comes from the Hebrew Mishpat.  This word is crucial in understanding as it is means judgment, case, worthy, rightful place, and deserving[6].  This word is also interesting as justice is one of the attributes of God.

It is a frustration of the human condition that those who live in wickedness should prosper or do not receive correction.  All this happens while the good suffer or are oppressed.  However, this passage tells us that God will judge and his justice will be made whole.  If Qohelet believed that there was nothing to the afterlife then why would God have to judge anything?  God has appointed a time for everything and God will judge when this life is over[7].  Another clue regarding a postmortem judgment in Qohelet is found in Ecclesiastes 3:21. That passage of scripture states, “Who knows whether the spirit of man goes upward and the spirit of the beast goes down into the earth? (ESV)”

This is fascinating because it is widely believed that when one died Sheol was the destination.  Sheol is the abode for the dead and the place where people go when they die[8].  Sheol is associated with the grace and the two, are at times, used interchangeably[9].  It is interesting to note the varying views regarding Sheol.  Though it is associated with the grave, it appears that there were different levels in this realm of the dead.  Some of these levels can range from total abandonment and isolation to a place where the righteous go[10].

Some of this is speculative, but it suffices to say that Qohelet was aware of some semblance of a postmortem judgement.  After all it was a matter of understanding in Israel that Yahweh was the divine judge, and this is seen with the gods of the ancient near east as well[11].  Therefore, there is a form of parallelism at play.  Qohelet is describing all the injustices that are happening, but a divine judgment, perhaps even postmortem will equal everything out,  The righteous will take their rightful place and the wicked will be cast to the bowels of Sheol.

This is seen in Ecclesiastes 12:7 where Qohlet says that the spirit goes back to God who made it.  Therefore Qohelet comes full circle in 12:7 by answering his rhetorical question in 3:21.  The presence of the Hebrew verb shapat in 3:17b is also a helpful indicator[12].  God is presented as the presider over the coming judgment.  This is like in a court of law that will rule a case for the plaintiff or defendant, but the just judge who will execute the penalty.  The other verbs in  3:17, such as the verbs for righteous and wicked, are characteristic of standing before God for one’s own judgment.

Note: Unless otherwise stated all scripture is from the ESV-CE.

One thought on “Death And Judgment In Ecclesiastes 3”