This word study was a very enlightening exercise.  There are many occasions in which a word in Hebrew has many different meanings in English.  In this regard it is important to understand the context used to help determine its meaning.  For this exercise Proverbs 11:1 was used.  That passage of scripture states “A false balance is an abomination to the Lord, But a just weight is His delight”.

In this case the word being studied is “abomination”.  In Hebrew the word is tow`ebah, and it is used 142 times in the Old Testament.  On the surface the meaning of this word is straightforward, but as is often the case there are variations that can mean different things in English.

How The English Word Was Derived

The root of tow`ebah come from the root ta`ab which is a verb which means to loathe or abhor.  It is the act of hating something, whereas the noun being studies is the act itself.

Usage of The Hebrew Word

The word tow`ebah denotes something that is an abomination in a ritual or moral sense[1].  The passage given above from Proverbs is a good example of the moral sense in which the word is used. A balance in those days was used in trade and it was a normal practice to misconstrue the weight in one’s favor[2].  When a good was being sold its weight was overstated, and conversely, if something was being purchased in would be on the light side.  It was a dishonest means of gaining wealth, and it was that act that was an abomination[3].  This same sentiment is echoed just one chapter later in Proverbs 12:22 when the inspired author calls the act of lying an abomination to the Lord.

From a ritualistic point of view, this word is most used within the context of idolatry.  The books of Leviticus and Deuteronomy gives many examples of such usage.  Deuteronomy 32:16 states, “They made Him jealous with strange gods; With abominations they provoked Him to anger.”  Idolatry is a sin where something is placed in front of God.  There is no coincidence that this word can be used is a ritualistic and moral sense, because dishonest gain will ultimately create an idol in one’s heart[4].  Being fair and honorable is pleasing to God because one is treating others how they want to be treated.  The word abomination may seem strong, but it shows how God wants his people to deal with one another[5].  With fairness, honesty, and love.

English Words For The Hebrew Noun

There are a few English words that can be derived from this Hebrew noun.  Among them are disgusting, abhorrence, abomination, abominable, and abdominal thing.

When Proverbs 11:1 is examined abomination is an appropriate choice because it deals with conduct with one another.  Disgusting is not a strong enough word for the dislike that the Lord has for dishonorable dealings.  It helps the reader fully understand that people are to be treated justly and mercifully just like we want to be treated. 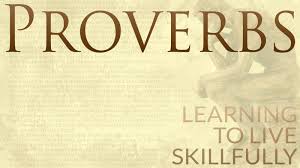