Understanding the Old Testament is essential in understanding the New.  Too often the Christians of today neglect the Old Testament.  It is seen as a book of laws that do not really apply because Christ established the new covenant.  Coogan states “The writings that counted as scripture for the New Testament writers are those they held in common with the Diaspora Jews: the Torah, prophets, Psalms, and assorted texts from the writings (Coogen, 475 ES).”  If our forefathers of the faith understood this to be scripture so should we.

There are around 343 references to the Old Testament listed in the New Testament.  Many of them are quoted verbatim and are listed to convey doctrine.  In the Old Testament we have the creation accounts, the fall of man, and various prophecies about how God is going to make things right.  He prepares his people little by little.  He lets them live and they disobey over and over again.

Coogan states “Matthew’s set of fulfillment quotations, which assert that events in the life of Jesus were foretold by the prophets (Coogan, 475).”  The early Christians did this in relation to the suffering of Christ on the cross.  This parallels found in Isaiah and the early Christians compares the story of Isaiah to that of the passion of Christ.  These prophecies no doubt gave the Israelites hope that something better will be coming, but they did not know when or where.  The writings of the New Testament help elaborate on the meanings of the Old and give new insights into an old idea.

It is essential that we have a working knowledge of the Old Testament to get a better understanding of the New.  As previously stated there are well over 300 direct quotes from the Old Testament in the New.  If they were not important they would not be there.  All scripture is important not just the passages that name Jesus directly.

The New Oxford Annotated Bible: With the Apocryphal/Deuterocanonical Books, New 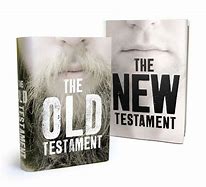