Today’s post is a guest article written by Catholic Apologist Eric Shearer.  Eric has a blog titled On This Rock Apologetics.  He is doing great work for the church and you will be richly blessed by his writing.  So go on over and give him a follow.  Enjoy the article!

“Jesus cannot be God because Jesus died on the cross,” the man retorted, “and God cannot die.”

Have you ever found yourself pondering this dilemma? Something just doesn’t sound right when we say that God died. It’s as if we are saying that while Jesus was in the tomb for three days the world was without God.

But a world without God would be impossible. Existence is one of God’s attributes. Recall what God said to Moses when asked about His name: “I am who am” (Ex 3:14, Douay-Reims translation). St. Thomas Aquinas even described God as “Him who is subsisting being itself”.1 Existing isn’t just something God does, it’s something He is.

Even more, our existence depends on His. It’s in God that “we live and move and have our being” (Acts 17:28). If God stopped existing (even for a moment), creation itself would know about it. It wouldn’t be pretty…

So how do we explain that God died on the cross? We’ll need to investigate two questions: What is man? And what is death? Let’s begin.

Man is like an Oreo. An Oreo is made of chocolate cookies and white frosting. Take away one of those two components and you don’t have an Oreo anymore.

Similarly, man is composed of both body and spirit. That is, he has both a material component (his body), as well as a spiritual component (his spirit). Take one away and he isn’t complete.

Consider the second creation account in Genesis 2. We read that, “the Lord God formed man from the dust of the ground, and breathed into his nostrils the breath of life.” And after this, “the man became a living being” (Gen 2:7). First God forms man’s body, then he infused in that body the breath of life, a spirit. And it wasn’t until both came together that the first man was complete.

So man is a fusion of both body and spirit. Commenting on this, Frank Sheed said that, “only in man spirit is united with a body, animates the body, makes it to be a living body.”2

So when Jesus took on flesh, He took on a human body, and His divine nature was coupled with a human nature. (For those of you who like big words, this union is what theologians call the Hypostatic Union).

It can be difficult to imagine the God of the universe taking on a human nature. And it can be even more tempting to reduce His humanity to a more comfortable and “bitesize” understanding. But make no mistake, He was (and is) just as much human as we are, similar in all ways except sin. He experienced anger (Matt 21:12-13), sadness (John 11:35), temptation (Matt 4:1-11), and yes, even death (Matt 27:50).

So when we say that Jesus died, we mean it. His death was as real as any other human’s death.

Now that we’ve looked at what a human is, we can move on to what death is.

When we talk about death, it’s easy to be nearsighted. We tend to think of it as “The End” (roll the credits). And understandably so, since death marks the end of our earthly lives, and it’s a tragic event for everyone. But that view of death ignores all mention of an afterlife.

As Christians, we don’t see death as the end. It’s a comma, not a period. Consider St. Paul when he said, “For to me, living is Christ and dying is gain… my desire is to depart and be with Christ, for that is far better” (Phil 1:21,23). Though it seems like the end, death only marks a transition from this life into the next.

Death is when our spirit leaves our body, ending our time on Earth. Our spirit passes into the afterlife. Our bodies, on the other hand, remain on earth, lifeless. As it is written, “the dust returns to the earth as it was, and the spirit returns to God who gave it” (Eccl 12:7). Frank Sheed describes death in these words:

A point comes—suddenly if there is violence, or by slow wearing—when the body can no longer respond to the life-giving energy of the soul. That, precisely, is death. The body unvivified, falls away into its elements. But the soul does not die with the body. Why should it? As a spirit it does not depend for its life upon the body: matter cannot give life to spirit.3

So death isn’t the end. Though separated from the body, the spirit lives on.

Now that we’ve defined what man and death are, we’re finally ready to come back to our original dilemma.

Yes, God did die. Jesus Christ, the second person of the Holy Trinity was tortured to death at the hands of Roman soldiers. Nailed to the wood of the cross, moments before His death, He cried out, “Father, into your hands I commend my spirit.” Then, Luke tells us, Jesus “breathed his last” (Luke 23:46).

Jesus’ death on the cross was just as real as any other human death. When His body could no longer sustain life, His spirit departed the material world, leaving His body lifeless. But does this pose any problem for a Christian? Does this sound like a dilemma?

Of course not. The world was not without God for three days. Jesus lived on, in spite of His separation from His body. Dying in no way blotted Jesus out from existence. It only separated Him from His body, causing Him to depart from this world.

So if anyone ever objects that Jesus can’t be God because Jesus died, simply explain that death only separates the spirit from the body, and that in no way poses a dilemma for a Christian. God came that He might redeem us through His death on the cross. And redeem us He did. 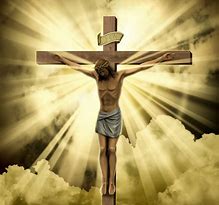