The book of Daniel is very interesting in regards to its Old Testament counterparts.  The Hebrew version was written in Hebrew and Aramaic and is placed among the writings.  The Greek version has stories that are not included in the Hebrew version.  Bel and the dragon, and the prayer of Susanna are examples of these.  The Greek version has Daniel listed as one of the Major Prophets.  It is also ground breaking in that it is the first Apocalyptic work in sacred scripture.  In Daniel we have Messianic prophecy, and the beginnings of eschatology.

Eschatology literally means doctrine of last things.  After the exile the people of Israel shifted their thinking to things of the future instead of the past.  It is also important to note that although the exile was over the Davidic kingdom had not been reestablished, and in a way the people were still in exile.  In due time YHWH will restore everything to himself and YHWH will reign over everything.  In a way Israel was anxious for this to happen.  They knew the only way they could have any kind of peace was if YHWH was reigning over all.

The focus on the future is the beginning of Apocolypticism, and will eventually fully develop to it.  This literary form focuses on the “end time, which is expressed in mythical and symbolic language and revealed by a heavenly being (Study Notes).”  It also included the judgment of nations and of the dead.  Collins states “the judgment of individual dead is the motif that distinguishes the expectations of apocalypses from biblical prophecy (Collins, 564).”

The book of Daniel is a very important book in sacred scripture and to the development of Christianity.  It is here that we have the first clear teaching on the resurrection of the dead, that angels are messengers of God, and it introduces the messianic ideal for Israel’s hope of salvation. 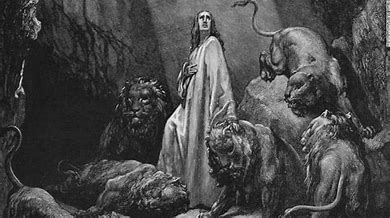