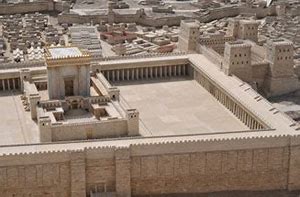 The second temple period of Israelite history may be misunderstood as being a small period of time.  Though it is a period of time it is more accurate to state that the period is divided into four distinct sections.  Those sections are the Persian period, the Greek period, the Maccabean period, and the Roman period.  These periods started in 538B.C. and ended is 70 A.D. with the destruction of the second temple.

The Persian period lasted from 538 B.C until 332 B.C.  In this time the Persians conquered the Babylonians and freed the Jews from the oppression under that regime.  The Persian king Cyprus was very tolerant of other religious groups and sanctioned the rebuilding of the Jewish Temple in Jerusalem.  Cyprus permitted the exiles to return to Judea, to rebuild the temple at state expense, and to return the temple vessels plundered by Nebuchadnezzar .  Serious work began on the temple in 520 B.C, and there were some economic and religious problems.  The neighboring Samaritans offered to help and were denied.  Thus started the divide between the two groups and a schism was the result.

The Greek period was characterized by the diaspora which is otherwise known as the dispersion.  When king Cyprus invited the Israelites back not all of them returned.  The Greeks were, for the most part, tolerant of other faiths of those that they conquered.  The Jews were still allowed to worship in the temple.  However it was during this time from 332-165 B.C. that something was compiled that may have changed history.  Seventy Jewish scholars gathered in Alexandria to translate the Jewish scriptures to the Greek language.  The dispersed Jews no longer spoke Hebrew and were thus in need of the scriptures in their own language.  This would become known as the Septuagint, or LXX.  Approximately 300 of the 385 Old Testament verses mentioned in the New Testament came from this translation.

The Maccabean period was from 165-63 B.C and is Jewish rule from the Maccabean family.  They rose up against the Hellenists, or Greeks, that started to persecute the Jews toward the end of their reign.  They rose up to protect their traditions and the temple from desecration.

In 63 B.C. the Romans took over and we some details of their reign sprinkled throughout the New Testament.  The Romans had a tradition of allowing their subjects to maintain their lifestyle, and religion, as long as it did not conflict with that of Rome.  The Jews were allowed to worship at the Temple, observe their own laws, and live their lives as long as they paid taxes.  The problems came, especially in 70 A.D., when they tried to revolt. As a result of that revolt Jerusalem was ransacked and the Temple was destroyed. 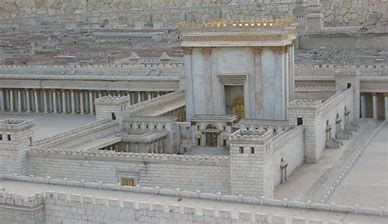