There is a lot that are going on in today’s Gospel reading.  It may helpful to oneself in the place of St. Peter to fully understand.  You may recall that when Jesus was on trial, and according to Matthew’s Gospel Peter denied him three times.  In today’s passage Jesus asks Peter three times if he loves him.  The significance of this was not lost on Peter as John describes Peter as being in distress about this.  Peter would go on to be the head of the church on earth, and the first Pope in the Church.  This was a moment of restoration and forgiveness.  Christ goes on to tell Peter that he would suffer martyrdom.

What does this mean for us?  In Matthew 16:18 Christ calls Peter the rock and says that church will be built on him.  Just a few verses later Jesus tells Peter that he is acting contrary to the will of God.  He even denied Jesus!  How many of us have acted contrary to the will of God?  How many of us even denied him?  The bottom line in the life of Peter is about a man who was restored even though he fell from grace.  God’s mercy is greater than anything we have ever done.  Peter went on to lead the early church and feed the sheep.  We may not be priests or bishops, but we all have a gift that help to feed the flock.  Are we using it? 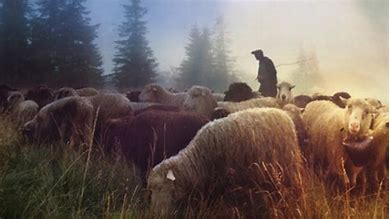 “We are to love God for Himself, because of a twofold reason; nothing is more reasonable, nothing more profitable.”
-St. Bernard of Clairvaux