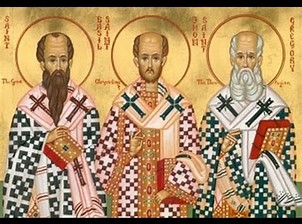 Within Christian theology the term Homoosios holds a very important distinction.  The word itself was made famous at the Council of Nicea when the council fathers used it to defend Christ’s deity.  The word means “same essence” and was used to say that Christ was of the same essence of the Father.  Though all 318 bishops at Nicea defended the divinity of Christ, not all of them agreed with using Homoosios as a descriptor.  This is because the historical roots of the word were used by Paul of Samasota in defending earlier Christological heresies.  This made some bishops weary of its adoption.

The Council of Nicea met to combat the teachings of a priest named Arius who was teaching that Christ was a created being.  As previously stated, the council fathers used the term Homoosios in regard to the relationship between the Father and the Son.  Some bishops were weary of its usage because its links to Gnosticism.  This word had antecedents in Gnosticism, and Paul of Samosata used it to revive an adoptionist usage.  The adoptionist movement taught that Christ became Christ as a reward for his deeds on life, and as a result he was not always eternal.  It is obvious to see, and to appreciate, the concerns that some bishops had.

The answer to the above question, according to Arius was a resounding no.  To the council fathers the answer was obviously that he was.  Richard Norris describes this as “The incarnation is and must be the incarnation of one who is fully and truly God” (Norris 19).  Some bishops wanted to be as far away from the term Homooosios because of its root in an earlier heresy.  In doing so, the council would have gained very little, if any, ground in defining who Christ was.  In defining the Trinity, we are taught that the three persons are separate persons but of one essence.  If he church would have went with Homoiousios it still would have held the door open to the teaching that Christ was somehow subordinate but a different essence altogether.

What does the mean in regard to the council itself?  The council had the goal in mind of rendering an authoritative declaration on the deity of Christ, not to provide a thorough explanation.  This judgment of Christ’s deity reaffirmed the Christian belief that God is a community of three persons, and this was at odds with the Roman pagan religion.  Some saw the response of Nicea a good start but incomplete.  This is why other councils such as Constantinople (aka Nicea II), Ephesus, Chalcedon were called.  There were far more issues at stake in regard to the deity of Christ that Nicea had not been prepared to handle.  The council of Nicea had the goal of squashing Arian belief, and it was partly successful, but further definitions of Homoosios would come in 381 at the Council of Constantinople.  Nicea laid the groundwork for further discussion on the deity of Christ, and its implications on the community of Christians.

One thought on “Homoosios and Christology”